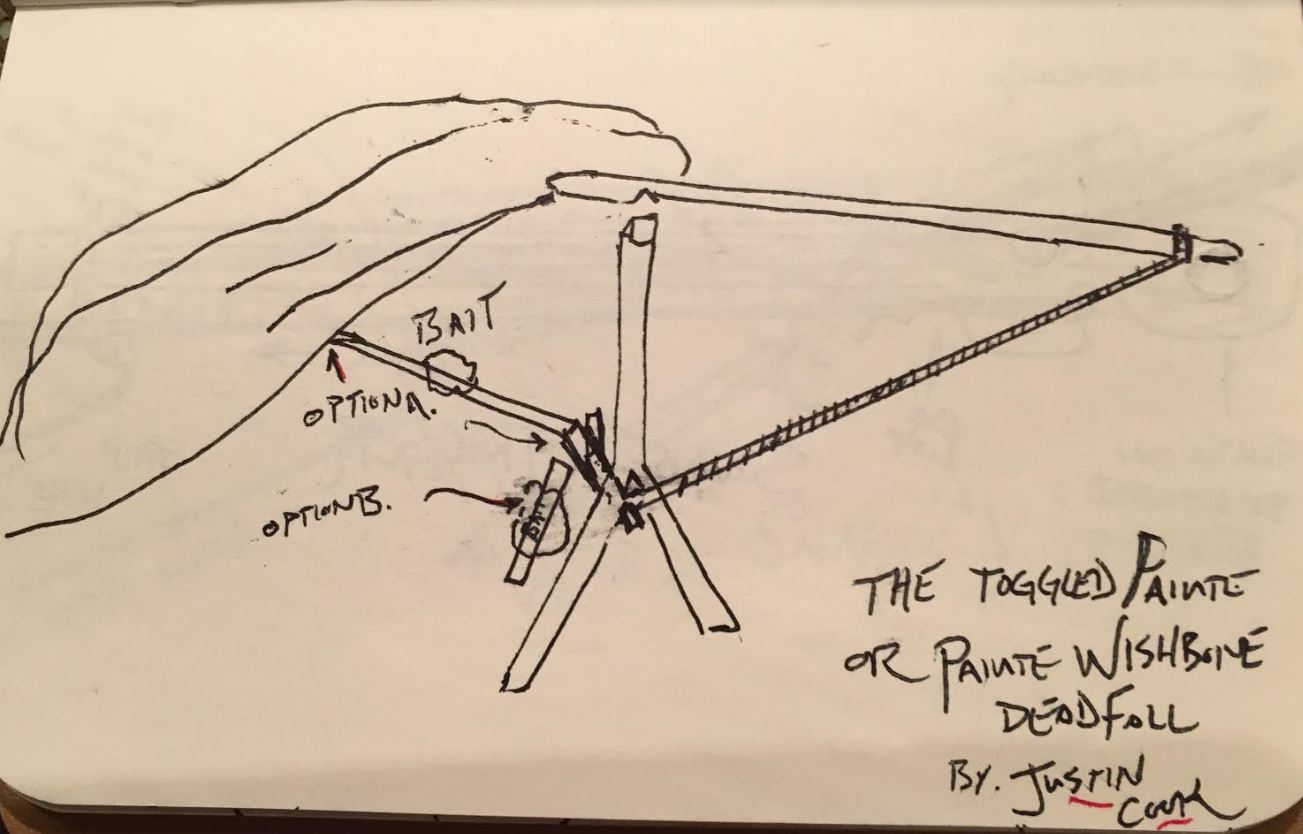 The ability to make a killing trap from items that exist on most any landscape is a true self reliance skill. There are hundreds of drawings of trap and snare setups and I have spent years studying them. In my opinion the best book on the subject is  “Camp Life and the Tricks of Trapping” by W. Hamilton Gibson (1881)  the book shows most all you need to know in regard to trapping and snaring. The simple toggle “Twitch Up”  trigger illustrated in his book is the only trigger you really need to understand to successfully set a variety of snares and deadfalls.

The Paiute Deadfall is probably my favorite deadfall. It is simple and unlike the Figure 4 deadfall it requires no carving. Nevertheless, the Paiute Deadfall is a bit tricky to set. The trigger relies on friction from the string wrapped around the vertical support stick to stay in place. The entire set often wants to rotate.  It is a tricky setup, and is prone to falling over. The Paiute Deadfall is pictured below, notice the setup in the crack of the concrete to secure the set :

the want to improve on this deadfall; and setting snares and deadfalls in the same day led me to the “Y” bone Deadfall. This Deadfall shares the toggle trigger with a Paiute style setup- I originally called it the Toggled Paiute- it has two points of contact on the ground, and the weight of the rock can be held by controlling the toggle (see video) making it a safe and easy set. The trigger can be set in multiple configurations and sensitivity can be adjusted where the toggle meets the bait stick and where the bait stick makes contact with the ground or the rock- it’s a versatile and stabile deadfall capable of being scaled up to support very large items.  I have never seen this deadfall illustrated.

a video of me setting the “Y”- Bone